The PJ Seafood resaturant is a very nice place to go to, unless you have a real reason to go to Teluk Gong for the "Lai Lieu Har Mai Fan" (I don't know how to say this in English, and you do not need to know except eat it for the first time and get hooked). The main reason why we go there is because of the crabs. And my favourite was the Milk+Cheese crab. This restaurant is situated next to the new Condos nearby the Tropicana entrance. And if you're on the NKVE Highway, you can spot their signboard. And its also not easy to miss too. Ha ha ha.

Eversince in the mid-90's it was already there and originally, it was on the (then) empty plot of land where it was also used as a man-made fishing pond. After the Millenium, they relocated and some 100 metres away sans fishing pond. Anyway, it was sort of our favourite place to go on special occasions. 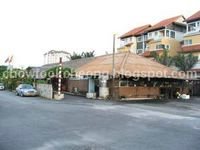 So, on the night before I was due to fly to Sibu,
we decided to have dinner with my Sis, who just
came back for a few days 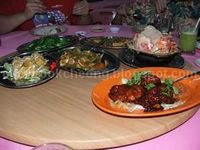 As usual, I ordered my fav, which is milk+cheese crab 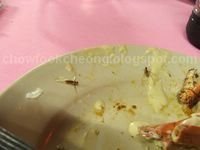 As soon as the food arrived, the fireflies came
And they flew like Kamikaze pilots, aiming for the food 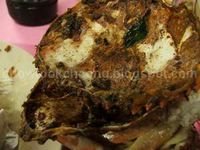 And they were crawling everywhere
I mean, EVERYWHERE 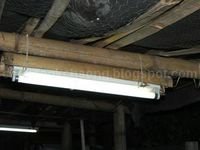 The cicaks (geckos/lizards) were having a nice time as well 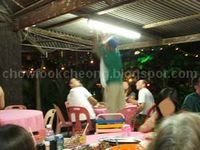 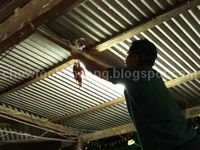 The first chilli did not work, so he added more 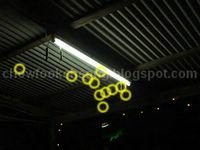 And and the fireflies are still......... flying
And spreaded to the other tables in the middle 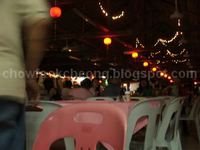 In the end, they decided to swith off all the lights
Which by this time, we had finished our dinner,
maybe with a firefly or two inside our stomachs.

Either that or this is a new toy for her. She just loves to play with water, either from the pails or from a running tap. And this is the second time she went to the kitchen sink and, well, the picture speaks for itself.

Fun for her, not for us as we had to change her clothes again since her bath half an hour ago 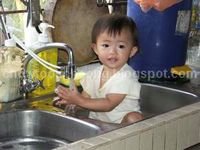 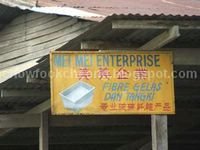 Email ThisBlogThis!Share to TwitterShare to FacebookShare to Pinterest
So, the "Ah Beng" in me took over and I changed the cover of the phone. And once I changed it, I dropped the damn thing. Phew!

OK, the cover is not as fitting as the original and the keypad can fall off if you peel it. So, now I have to get a protective cover to protect the new casing. Stupid, isn't it? 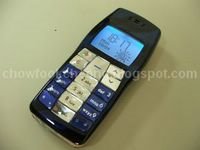 Now, it looked as if a silver dragonfly got stuck on the keypad