Rojak - A Malay term for mixture. If you put a Rimus pipe onto your existing exhaust, what you get is a rojak exhaust. But you cannot use it just like that. For example, you cannot call your friend rojak if he has a mixed parentage. Ha ha ha.

Anyway, it is also a Malaysian (& Singapore) dish. Call it the Asian Salad if you like. Instead of fresh fruits, veges, salad creams, the Rojak is very different. The Rojak is a combination of cucumbers, fried tofu, hard boiled egg, crispy crackers and other deep fried stuff, all covered in a peanut sauce.

This one is slightly different because the van described the rojak as Old Klang Road Rojak, which is run by a young couple. The minute it was served, I could tell it was very different. Its not the usual rojak where there are lots of cucumbers and other veges (with minimal crispy stuff) all drowned in thin peanuts sauce. This one contains extra stuff such as beansprouts, baked potatoes and deep fried (hard boiled) egg. And the sauce is, um, red. Yeah, its not the normal peanut sauce but its different.

So, if you happen to be in Jalan Kuchai Lama, do give this Rojak and Cendol a try. Its only RM4.70 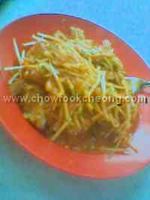 The cucumbers were sliced into 2mm strips 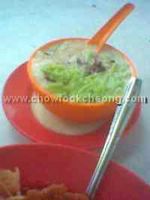 The cool cendol drink with a slight difference because the guy scooped all the green stuff at the top and dressed it with red beans instead of normally mixing it with the shaved ice. 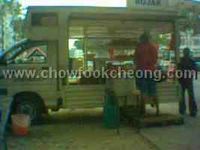 The van was driven up the kerb

Its finally here!!!! After days of looking all over the bookshops, my search has ended and I can sleep in peace. The problem with these types of magazines is that they are becoming "rare". Each bookshop either stock a copy or two or none at all. The reason is simple. No one wants to read about it. So, most of the shops stock PC magazines intead. 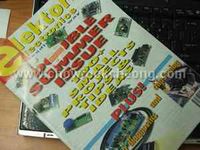