By around half-past two I have seetled the problem of the "blue screen" on the Notebook, which I suspect was due to the halfway downloading of the Windows update stuff. And so, since it was a Saturday afternoon, I decided to go back home.

And halfway, I got a call from the customer who asked me to come over because their phone lines were out. I told them I would be coming before four (since I was already halfway home and wanted to have something to eat anyway). I hated going to that area after office hours since it was all jammed up. But luckily, it was not. The streets were clear of cars and there were no obstruction. 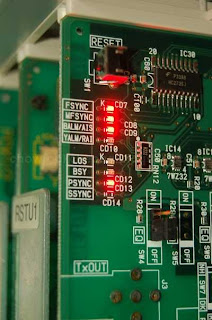 Turns out that not only was their ISDN line
out, so were their analogue lines, fax and
Internet connections. I asked them to call
Maxis again since all the lines were from
them and I have checked everything and
not to take the usual,
"But the lines are fine from our office" crap.
After that, I was deciding whether to visit Miniature Hobbies to have a look at some plastic models but I decided not to push my luck. Moreover, it rained heavily minutes after I got back.
Date: Saturday, December 26, 2009 No comments: Links to this post

And so, after much hoo-haa, we finally got a Notebook. Well, we had to get one before end of January anyway. I mean, I can't lend them mine since I could be using mine for other things. And yes, its a Toshiba.

I have been telling my Boss to get a Toshiba. Nothing else but a Toshiba. We have tried Dell and after it worked for more than 4 months, it crapped on us. There is a very good reason I chose Toshiba, which my Boss now came to realise despite me telling him repeatedly. Its not because of sentimental reasons since we came from there but a more pratical and solid reason.

Anyway, I offered to pick it up but no, Boss wanted to go there all the way and pick it up himself. I know time is running out but there is really no need to rush. Moreover, the person he knew was out of the office and I have a feeling, things will go nuts. Which I was right. Because on the Christmas eve, he came back with the Notebook, tried to install Windows OS himself and failed. Instead, he worked himself to a right temper, thinking my friend screwed him since HIS friend was not there. And one simple call cleared everyhting up:

His friend was out and told my friend to take care of my Boss. My friend expected me to be there but my Boss went instead. Since my Boss called and did not get through to my friend, (he defended that he called) and my friend said no one called him, my Boss got the staff counter to pickup the CD from the table of my friend. Yes, Ladies and Gentlemen, its the WRONG CD.

Anyway, there is nothing to be done now, and I am not in the mood to screw my Boss since he was so emotional and started to think bad things about my friend. But he knows that he should have listened to me since I know how the "system" works in there. And I hate it when he goes into a temper, thinking all sorts of nonsense which is only fueled further by his Ego. 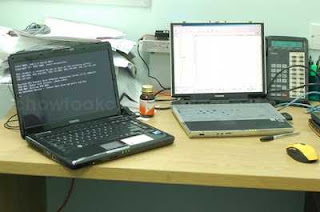 Since the Notebook we bought has no OS in it, we
cannot just slot in the Windows XP CD. 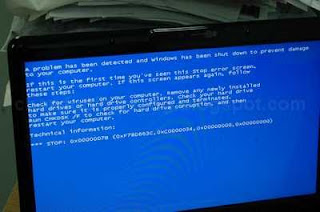 For this is what you would get. And yes, we Law
abiding citizens are using Ori discs. With so much
hologram patterns on the disc, I am not surprised
if there were wording to the effect, "Thank you for
buying this overpriced piece of software, fool."

[Update 25122009 20:20]
My friend came in the evening during Christmas and passed me the correct DVD. Hows that for service?
And so, on Boxing Day, I slipped in the DVD and within minutes, the Notebook as up and running. So, for the rest of the day, I had to install the usual drivers, anti-virus, firewalls, etc. My Boss was surprised how I got it up and running when he couldn't. So, I told him my friend passed the DVD to me on Christmas evening."Why didn't you tell me?", "Because you were busy talking (crap)." 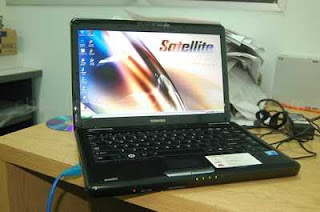 Finally, the Notebook is ready to use but there are
some software which I need to show them how to
install and recover. I think I will tell my Boss on
Monday morning to hold all calls while I teach
the technical team.

But I did notice one thing which, for the past two months, I have been quite calm about things and reminisce on the days ever since I started work in this line. Oh, and also, I am quite forward and assertive now, when speaking strongly to my Boss about certain matters regarding the technical team which long ago, sounded like a peep.
Date: Saturday, December 26, 2009 1 comment: Links to this post