Ok, I have finished doing the project and its a bit, well, bare. There was no time to design a proper PCB (it would take three weeks and a lot of chemicals, which is a no-no since baby is around) nor house it in a nice cute casing. Unfortunately, after buying the connectors and tubings, I went RM10 over budget. Not only that, while testing the circuit board, one of the diodes and LEDs decided to commit suicide electronically. So, only seven units survived my torture test.

But come to think of it, with the 12Volts supplying power to the circuit, by my calculation, (assuming the LED takes 2Volts), the current going through the LED is about three times of a normal LED and this is quite bright already. So, if they're not bright enough, maybe a 5Watt Luxeon should do it (and blind everyone in as well). 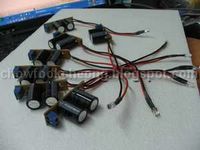 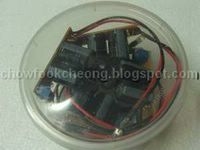 All packed and ready for pickup
I wonder if I should stick the double-sided tapes on the bottom of the circuit board....

The Shopping trip that took too long

Yesterday was Saturday the 13th. And what a day it was.

The Home Ministry has approved my application for a new DVD player. And when the Government heard about it, they wanted to finance the purchase too. So, it was off to Mid-Valley's Best Denki to scout out the latest player. Yeah, no more Carrefours, Makros or Tesco. This time, it will be a branded DVD Player.

I had my mind set on either a Pioneer or a JVC but once we were there, the Philips model got me. They claim that it can play a lot of different formats including DivX. And best of all, it is region free. We did not believe the Supervisor (Mohammad) but he proved to us on the screen. That clinched it and we bought the unit straight away.

After that, we did some basic shopping and was shocked to realised that it was already 9pm, four hours since we came out.

Anyway, once I managed to scrounge for some precious time and got my Altec Lansing down, I hooked everything up. And did some testing. After that, it was more testing. With more testing to follow. Heh

So far so good. The design of the player was quite nice, what with the front auto loading of the discs. However, personally, I felt its ejecting time was a tad too slow. The 1-inch ultra-slim design was a plus but in our case, it does not matter much.

It does not have a DVI or an Optical output (do I really need them? Nah) but it does not matter. What matters most is that my baby can listen to music in that room. 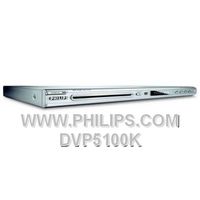