The thing at the end of the pinkie

Normally, when you scratch stuff, you sort of do it in a downward action, just like a scraper. Your fingernail acts like a double-action blade which not only planes the surface but also collects the debris at the same time.

But what if you did it the opposite way, i.e. upwards? Very simple. It depends on the surface.If it is hard, you merely compromise the blade. But if it is a soft surface, something strange happens. The blade will push into the surface without breaking it. And anything underneath will be pushed out where the blade once again, collects the debris. 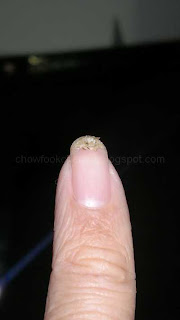 OK. See this? A mixture of whitish cream with
a lot of black things on it. Something I just got
by doing a reverse scratch. 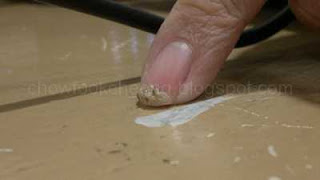 Want to see it again? Here you go. But after a few
minutes, the stuff sort of melted into soft goo.

So, all you have to do now is to do a reverse scratch on your nose and see the gunk that comes out of your pores. This is very effective after you lock yourself in the bathroom, have a steamy shower while singing at least two songs. This will open up your pores more.Except try not to taste it.
Date: Wednesday, July 20, 2011 No comments: Links to this post

The three of us had some free time today and so, we visited a customer. As usual, I am the driver and well, its not easy when one of the passenger is your immediate Boss. Anyway, we made it safely to a customer in Kepong. One good thing about this trip is that everyone tries to have some kind of male-bonding or well, something like that so that office is not that boring. 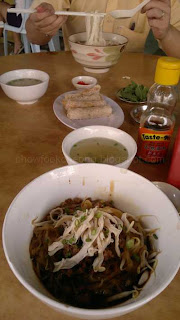 We stopped by for lunch because the
other shop, 'Pokemon' did not open. 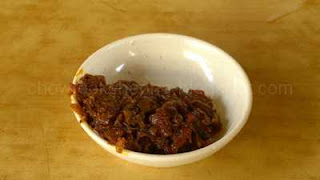 Oh well, I suppose the highlight of this post
is the cilli. Nice. OK nothing to read here.