Ok, I just read today's paper and this is a very important lesson, even if its not Valentine's Day.

The original link is here


Man who torched wife killed as she pins him down

A MAN in India who suspected his wife of having an affair set her on fire but he was also killed when the woman held on to him as the flames consumed her, Malaysia Nanban reported.

Carpenter Ganesan, 35, and Chitra, 27, had been married for 12 years and lived with their two children in a slum in Chennai. Chitra worked in a mill not far from her husband’s workplace.

Ganesan would often quarrel with his wife, claiming that she was having an affair and would beat her when he was drunk.

One night, in the heat of an argument, Ganesan splashed kerosene over Chitra and torched her. Knowing that she was going to die, she pushed him to the ground and held on to him.

Neighbours rushed the couple to hospital but doctors were unable to save them.

Yep, my Toshiba Tecra Laptop's PSU just exploded, taking half my wits with it (So now, I am a half ....). And my hand was just 4 inches from it. Apparently, the cables were too close together (the insides of the plastic sheath were melted away, I guess) and when it was bent too much, the two AC wires met and 4th of July came earlier than expected.

Luckily, I managed to salvage another cable and everything was fine again. Except for the fact that no one can switch the radio on in the office until I get the actual replacement cable. Ha ha ha ha ha 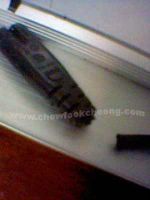 Wire A and wire B met and together they created sparks 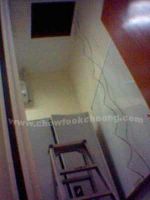 When I turned around, my staff disappeared into the roof.
He came out later with his hands all black 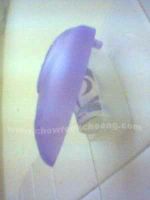 Never ever press this when you intend to spend minutes in the toilet.
The perfume alone will choke you and then you cannot make any more chocolates
Date: Tuesday, June 21, 2005 No comments: