After the screw-up job, it was time to to go another customer. But I had to reach there fast as I spotted a very angry rain cloud. The job is to start in the evening so that we can minimise our disruptions to their operations. 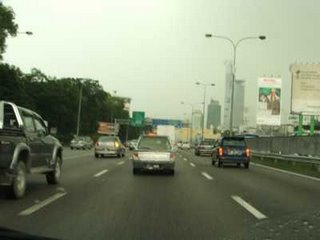 From one end to another. It was starting to rain when I was in Petaling Jaya
seconds before I crossed the Arch that separates PJ and Kuala Lumpur 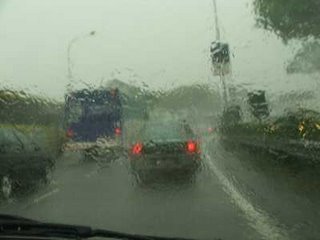 By the time I was near Kuen Ching Girl's School, it was already raining heavily 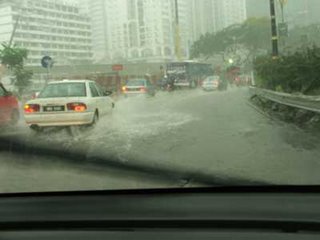 And flash floods were almost on every spot, which made the journey difficult 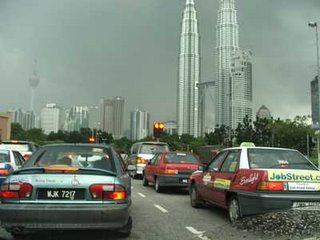 I'm there at last! (Yeah, and the whole evening was spent talking to nice Japanese girls)
Date: Friday, January 19, 2007 No comments: Links to this post

This is one of those system installations where the customer has gone completely nuts. OK, to be more direct, he is very disorganised. The whole building was supposed to be ready by early January but because he kept changing plans, everything was delayed. Even the Main-Con was pissed off with him. In the beginning, he had a lot of time to plan, about more than a year.

However, being a typical Chinaman, he assumes his word is law or something. Hence, this stupid bugger does not need to plan. Then all of a sudden, he realised he only has less than a week before everyone moves in. So, the moron came to "inspect" the work and changed a lot of things many times. Many of the sub-cons lost significant finance because of him and in the end, the Main-con sort of gave up too.

And this is where we come in. The Main-con "forgot" to tell the customer that there is no phone system in the building. Ha ha ha. Hows that for revenge? In the end, our sub-con had to lay all the phone cables which meant digging up the tiles on the floor and cutting open the beautiful plaster ceiling.

And the Telekom's ppl did not turn up today to relocate the telephone lines from the old office to the new building.

Update: 20.01.2007]
The Telekoms people came and comissioned the line on Saturday, which is a Pblic Holiday. I literally told the customer (via a third party) to go to Hell since I am already busy installing another phone system elsewhere. 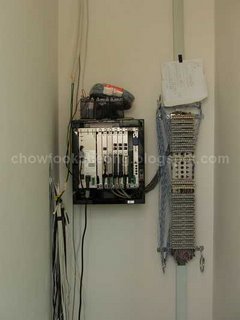 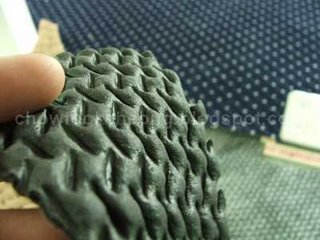 Remember those office carpets? The carpet people would have to

cover the whole floor with blue before laying the carpet tiles. But

now, they used those sticky rubber stuff instead, similar to the ones 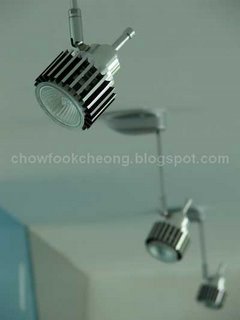 The only thing nice in the building was this spotlight fixture. I cannot show

you the beautiful Japanese room, though, but take my word for it, its nice.

OK, so the sun was bright today and I did not cause accidents while trying to take photos of these bikes. To them, the motorcycle is a means of transport for them and some can even say, its a necessity. 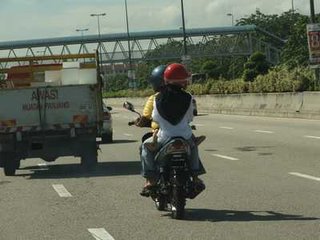 OK, these are just a couple on the bike 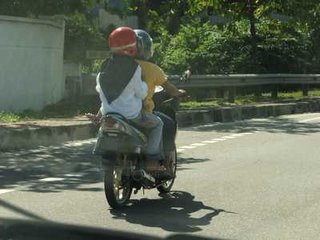 But once you get closer, imagine what would happen
if a car or another bike knocked into them 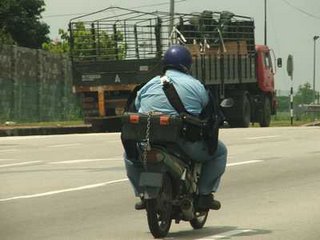 If I knew how to ride a bike, I would most probably
looked like him too, except that I would have a full-face
helmet instead. Really
Date: Friday, January 19, 2007 2 comments: Links to this post