After a fitful night of sleeping (Kristine was crying and screaming until 4 in the morning), I got hit with another outstation trip, this time South, to Johor. There are three sites to visit there; two in Kulai and one in Batu Pahat. Everything was fine and sunny until we reached the Seremban Highway. There, you can see how UEM Builders work. They decided to barricade on a few stretches of highway at the same time. This would mean they can complete them in the shortest time possible and inconvenience the road users at the same time. 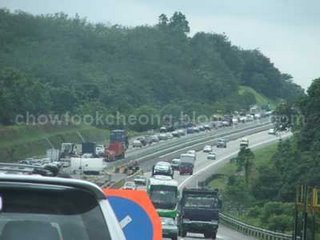 Here we go........ and it cost us more than 30 minutes
And since we're driving a 4x4, we got to victimise
a Melaka car who refuse to give way 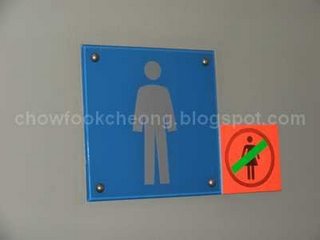 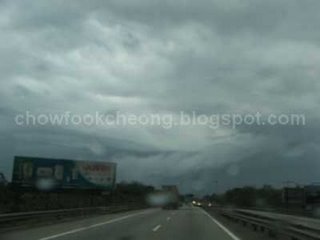 And after that, it started to rain on the way to Batu Pahat 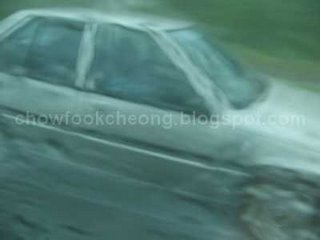 Where most of the drivers love to use the Hazard Lights
This one was even better: He refused to give way even
when he was on the outer lane.
(This image was not photoshopped. Ha ha ha ha) 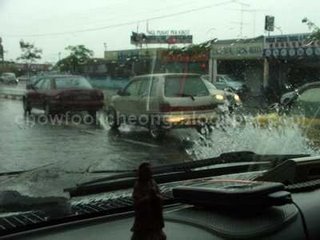 At Batu Pahat, the sudden downpour creating flashfloods at
many spots. All the cars had to move to the other lane
while our 4x4 splashed at them. Ha ha ha ha 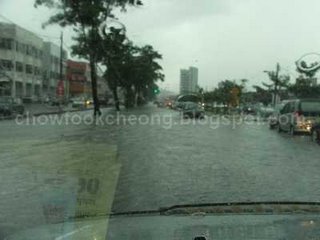 This used to be a three lane road. Ha ha ha ha 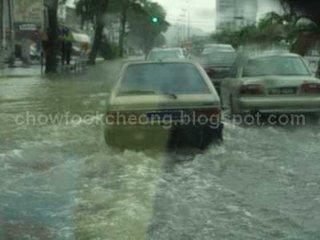 This guy was quite daring and we were worried for awhile
because his car might stall anytime. Ha ha ha ha 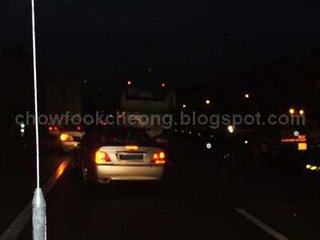 On the way home, it was raining so heavily, there were a lot of accidents
We witnessed a few vehicles ending up at the side of the road and even
some that were severely banged up. The three cars here were not so
lucky. I think the black SUV had a problem 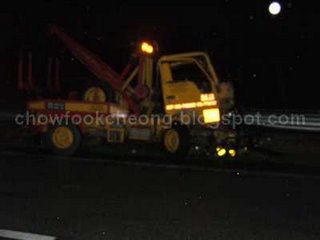 So the tow truck came to their aid but unfortunately, it was hit by the bus 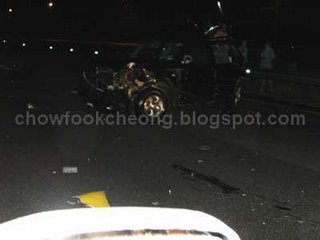 This is the poor SUV 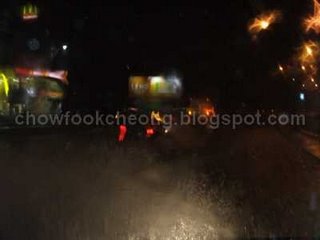 The rain followed us back to Kepong where it had its share of flash floods
too. Luckily, since it was late at night, there were not much cars about.
Date: Tuesday, November 21, 2006 No comments: Links to this post