Wife wanted to go to Sogo because... well, just because, la. I mean, she's the Boss and if she wants to go to Sogo, then she will go to Sogo. And so, to beat the potential evening jam, I decided to drive her there.Well, of course it is my decision to drive her there. Afterall, being the Man in the house, I make all the decisions. (And she approves them *ahem*).Reaching the place, was easy since everyone in the City has already gone back home. But looking for a nice parking spot is another matter since those who are hungry or decided to drop by Sogo on the way home, is now your rival in looking for space. So, instead of parking in Sogo, I decided to park across the street which is, the Pertama Complex. Apparently, everyone also had the same idea as by the time I entered the basement, it was full of cars. Nevertheless, since I am the one of the 'earlier' cars, I got lucky.In my time, Pertama Complex was one of those places you would go when you're bored. And the closest rival at that time was the Campbell and also, the potential Wilayah Complex. However, since Wilayah Complex was nearer to my school, it was a much easier choice. This was also, at that time, Pertama Complex was well, full of people you do not want to meet up with; your classmates, girls, Prefects and generally, people.I can actually count the number of times I have gone to Pertama (with my fingers) throughout my Life and they're not that many. Even lesser still if I were to do the same with Sogo. To be fair, I am very confident that they have shops which interests me but it just that the prospects of going there was not as exciting as going to Sungei Wang. 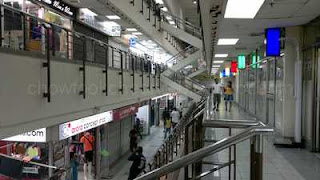 The shop designs were still the same except that
it is now brighter, cleaner and quieter too. Or
maybe its
because its near closing time... 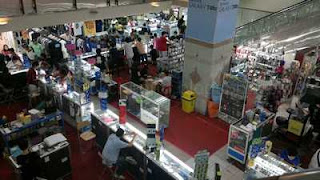 This is the first time that I know, that this area
is now occupied and full of mobile phone dealers
too. Usually, its empty. 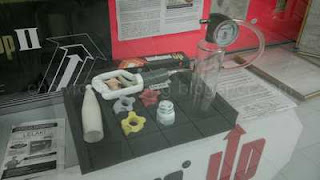 The DIY alternative to Viagra 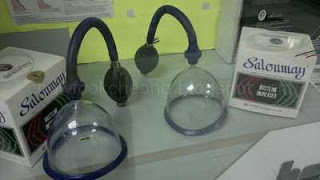 Oh, women are not spared too, except they can't
take Viagra. The effects are not as desired
(or might be, depending on that individual). 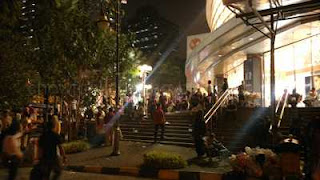 Later, as I walked across to join my Wife, I
noticed that there is a lot of people outside
the Sogo shopping centre. 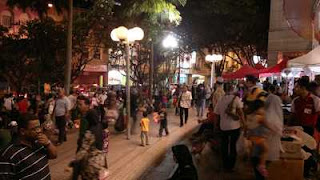 Its like as if they are there for something... 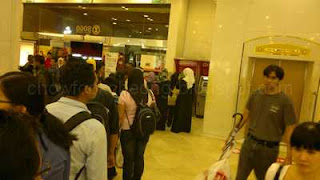 Then again, this is the power of The Sogo Sales. 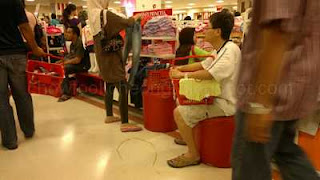 If you're not into it, you're out 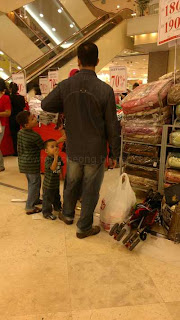 Even families are not spared. 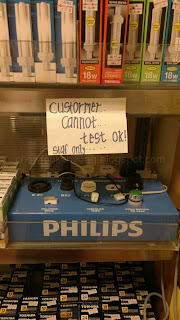 This shattered my image of Sogo
being a High
Class Shopping Centre
Date: Friday, July 29, 2011 No comments: Links to this post

Saved by a coin

As I was walking towards my car, I felt a sudden sharp pain near my thighs, as if they were punched by an unseen force. Although the pain was bearable, I could not help thinking what had happened. It was not until I reached my car and I had the chance to get some change for the parking meter, did I realised what actually had happened.

Apparently, I had been shot, most probably by a sniper from a very significant distance as the skin is now showing signs of bruising. Judging from the bullet hole, there are only two conclusions; One, the sniper must have been using the Smitch & Western's 0.015 hi-powered Smealy Oaks rifle which has an incredible range of 18.895 feet and two, only non-suicidal revenging squirrels are capable of committing such acts. So, only by my quick actions, I had actually saved my own nuts from being cracked..... 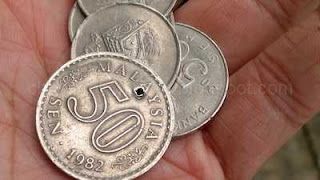 Maybe I should stop stealing nuts from the squirrels
and buy my own instead...
Date: Friday, July 29, 2011 No comments: Links to this post