Ok, I waited years for this and when one of my friend's partner's shop was selling this, I really had to go for it. (OK, I saved a bit of cash) It was selling for RM299. I saw this the first time in 2001 and it was selling for RM250, which, was a bit steep for me. But today, I really made up my mind to get it, once and for all. 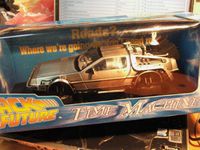 I am sure that at one point in your life, you would have smelt something rotten. The kind of rotten where you can see those maggots crawling around, like some yellow Command & Conquer soldiers crawling inside the game. I can remember this because I was the only little tike who brought his lunch-box to school and forgot to eat the Egg sandwiches during recess. I was also the only little tike who forgot all about the lunchbox until a few days later. By that time, you can actually see the Tupperware bloating with all the decomposing gases building up inside. And the smell is worse than my fart.

By the time I entered the premise, I was hit with that oh-so-familiar scent. The Salespeople there noticed the smell but did not know what the heck it was. Boy, talk about stupidity.

So, I went about my work and that was the first mistake. Yep, when I opened the Toshiba PBX, there was a small little rat looking right back at me. Just barely 5 inches, it snuggled up among the cables. It was so cute, so small and .......... ugh, so dead. Then it hit me, there is a dead rat stuck inside the Toshiba PBX and which created the whole stinky-poo for days.

So, finding a plastic bag, I tried to pull it away but only managed to tear the fur.
Yucks Yucks

And some salesguy behind me was commenting about not pulling too hard or else the whole head would come off. (At this time, I was imagining the scene where Oogie Boogie was unravelled by Jack Skelington in "The Nightmare before Christmas".
Maggots, squishy rotting guts and bones too)
Yucks Yucks Yucks

So, for the next half hour, I was debating whether to take it out by myself or just call for help. Never being a fan of Fear Factor, so I chose the latter (in the form of the cleaning lady). Heh.

Ants in my car

Today is a weird day. I had to visit at least 6 customers, mostly to bugger them for their autographs on our D.O.s and invoices. But that was the least of my problems.

It started out beautifully, the car was humming contentedly, even with the air-con on. Yeah, the air-con; one of the most important car accessory for a Malaysian car. You can take out the chrome trimmings and leather seats and other what-nots but never ever take out the air-con, even if it means working 10 years to pay for it. Apart from providing creature comforts to the unfortunate passengers, its also a lifesaver. Countless of times, it has saved me from drinking lukewarm Coke* and melted chocolates on the seats. Want to know how Imagine sitting (fully dressed, OK, you can imagine you have your best clothes on) in a sauna while holding a bucket with your hands and pushing those lovely little coals/ash with your legs. That's how it feels when you're stuck in a typical Malaysian traffic jam WITHOUT the air-con**. Ok, forget the coals. Shifting gears and braking are never that painful (tiring, yes) unless you happen to own a car with auto transmissions. Not even the M&Ms would survive such heated torture reserved only for Desert Camels who have nothing else better to do.

Anyway, like I said, it was a beautiful day. Even the car MP3 player was playing to correct S.H.E (courtesy of Uncle Ho****) songs. OK, I admit it. I can't even understand what they're singing since I am Mandarin-challenged but the way I was tapping the steering and rocking in a seat, other drivers would think I am either trying to save handphone calls by sending Morse-Codes or there are ants in my pants.

There are Ants in my car. I'm not sure how they got there but I am convinced that they ousted the local crockcroach and took over the car sometime last year. They are tough, I tell you. Tough. They are so tough that (maybe its my imagination) I can't help wondering how a Fire Ant's head got stuck in the car's speedometer. And they're fast too. I bought a big 1.5 Litre bottle of Mirinda Apple (as lunch) and while drinking it straight on like a Gentleman (OK, more like gulping like a pig), it splashed onto my shirt and the car's interior. I had to put it back onto the floor (because it helps when you're driving). And within minutes, the ants were crawling all over the place. Its a torture when you're trying to drive, swat the ants off and also dig your nose*** at the same time.

From there on, the day got worse and I had to throw away .3 Litres of carbonated apple juice made from all those fresh chemicals and artificial flavours (which was probably mixed from a big test tube somewhere).

* - OK, I wanted to say Pepsi Twist but not many people would know what it is.
** - You know, since its that hot, maybe I could wrap some fish and onions in aluminium foil, put it on top of the car's engine and have a nice lunch after the Jam is over.
*** - I can't understand why the ants never go for my yellow and sticky booger, which would be nice because while they're at it, you can flick both of them out of the car.
**** - Uncle Ho, a term for illegal CD/VCD/DVD sellers
http://mycen.com.my/duasen/020603_uncleho2.html