Whatever its called, they are just a pair of magnets. A pair of VERY strong ellipsoidal hematite magnets. (In layman terms, the poles of the magnets are very close together because of the small circumference). And the sound they produce is *wow*.

Its like nothing I have ever heard before. The sound is like a cross between crackling electricity, cicada chirps and hard surface knocking/clicking together rapidly in a rising pitch. Even from a far distance, that sound mesmerises. (OK, so wife came running in, wondering what I was up to)

I am not sure what to do with it, but all I did was to separate the two spheres together, about an inch apart and then toss them up in the air. The longer they're up in the air, the better the sound. So, you can play with it all day but beware that a lot of curious people would appear. Oh, and make sure you do not drop them near your Hard disk or any devices sensitive to magnets. Ha ha ha ha ha! 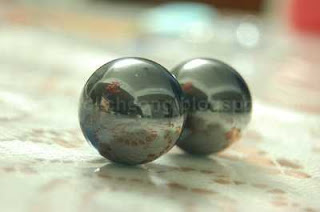 These little magnets are no bigger than 2cm 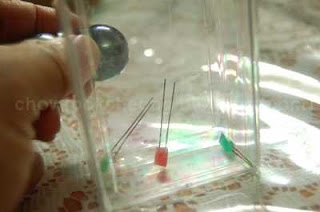 And they're quite strong. See how it affects the LEDs 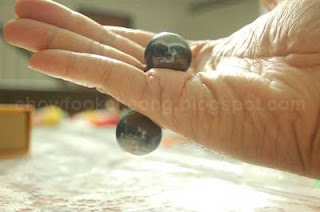 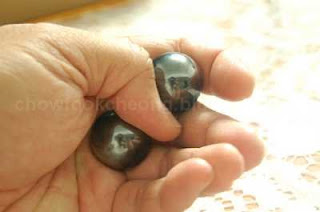 So, this is how you make the sound. Separate the magnets
and then toss them up the air. You can also try it on a flat
surface too but the surface would absorb all the kinetic
energy but it would create a different sound. Maybe I
should try with different surface too.
Date: Tuesday, October 07, 2008