Ok, So you know what we did at Lake Garden yesterday. Now, how about what others did. There were quite a lot of activities but they mainly falls on the following category:


Picnic
Suprisingly, it was the first time my Wife suggested to have a picnic there. But when we arrived, we did see a few families having a picnic too. 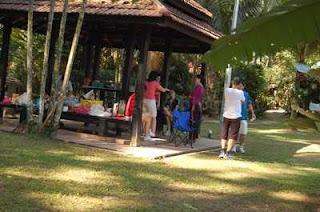 Guess where everyone else disappeared?
Yep, the MCA second EGM was called off. 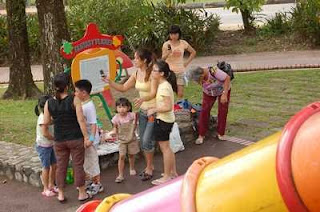 Hakka Mothers Association Annual Meeting
Here, the Central Committee are making sure
everyone attends to the point of setting up a
mobile tele-conference system. Apart from
the boy, all husbands are banned. 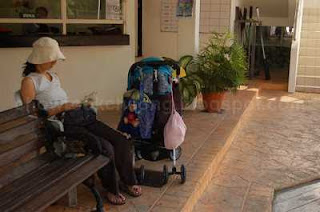 Mother and Baby having some "me" time as in
"Don't disturb me, I'm reading this book" and
"Me am stuffy in this stupid pram and the dumb
battery fan is pointing to me feet." 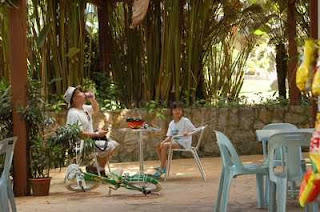 Father and Daughter on staring contest.
The winner gets to drink the can of Coke.
Yes, Daddy had a lot of practice......... 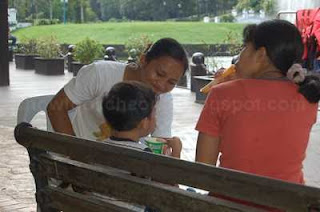 The Prince
Two attendants making sure the he is
able to eat his Milo Ice-Cream with the
maximum amount of pampering and fuss,
short of licking the spoon.
Photography
Yep, nowadays, its quite common to shoot photos around to the point that no one even bat an eyelid anymore. Its as common as eating KFC while walking all over the place. With all the flowers and trees, it does serve as a wonderful background. 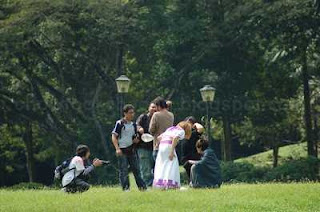 Cosplayers aiming for the perfect shot at the Island 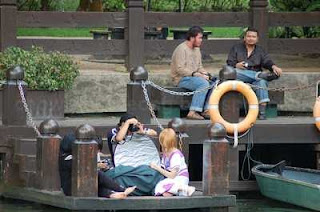 And again, near the jetty. 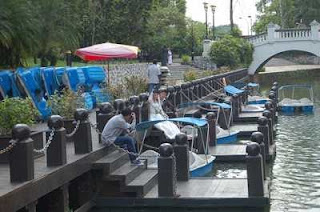 When it was our turn, I forgot to ask for "water"
shots. Now, its a bit too late and I've grown fat. 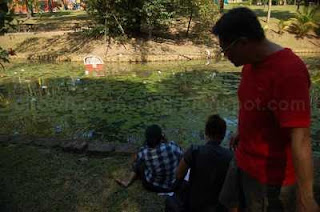 Photography lessons
One serious man, many babes with serious
equipment. All they did was shoot a boat
and some leaves. 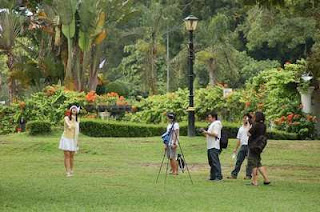 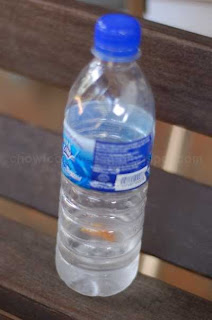 To drink or not to drink?
Hey, its made by your own
flesh and blood. So its like
drinking your own piss

The Playground
Well, this is the part where it is easily the busiest. Since its school holidays, the place is swarmed with a lot of kids. Imagine what it would be if it was a weekend. But this is also the place I liked best for action shots of kids in their environment. 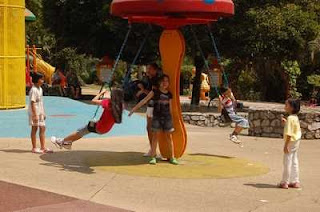 A group of siblings on the moving swing 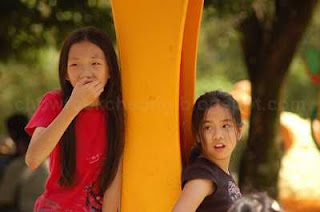 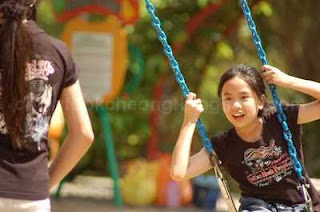 And caught some of them in action. Was too
lazy to walk over there and shoot. Moreover,
they might just run away from me.
Date: Saturday, November 28, 2009