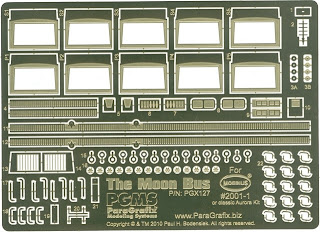 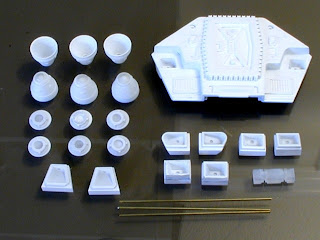 Finally, after waiting for days, tonight was the chance for me to open this. So, with half an hour to spare, I have to take open them, take in the details and take the appropriate photos for the two boxes. Did I mention two? Yes, this is the first of the two, and the other is actually the AMT Deep Space Nine that comes with Fibre Optics.

The first thing that struck me was how sturdy the box was. This is very different from the two other kits, namely the Viper Mk II and the Battlestar Galactica where although the quality of the cardboard were better than AMT or Revell's, they still managed to get themselves crumpled in my Workshop. But as for this one, its going to take a lot more effort from the other dastardly boxes and sharp objects in that room. 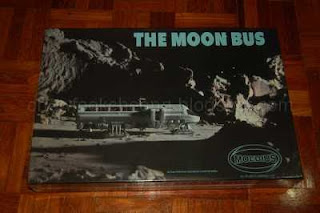 This is the box of the kit. Although it looks compact,
you'd be surprised at the amount of sprues inside. 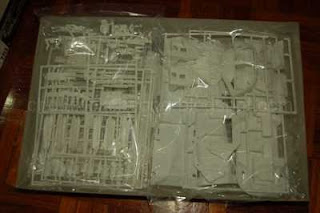 Just like the 1/350, Moebius definitely knows how to
pack all the goodness into a very small box. Please do
note which sprue comes out and their orientation. It
took me a very long time to put them back properly
into the box without breaking anything. 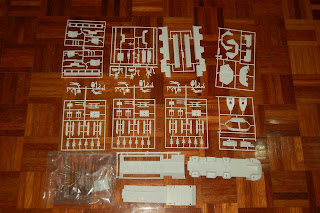 There are 9 sprues and three floating parts. And each
one of them is very detailed (to me, that is) 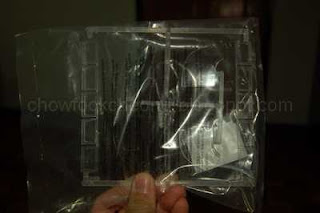 Looking at the clear part, they make me want to detail
them. But when the time comes, I want to try it with
the Future Floor Polish first. 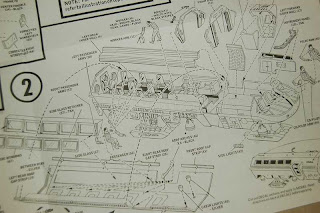 Its so nice to look at the assembly instructions. You
can compare them with the modern ones and there
is a stark difference. Here, with just two pages, there
was enough information to get the kit built. The modern
ones, use a step by step guide, complete with accurate
drawings. Oh well. to each their own.
So, the problem with this kit is in its details and the reference pictures. Paragrafix has a photo etched set to make the model more realistic. But to make it more accurate, one would need to watch the DVD again and again since this model had appeared very briefly. Right now, all I know is that the cockpit has red lights while the passenger area has blue. Still, I was secretly hoping the two 'holes' in front of the nose are actually spotlights.....

So, should I get the Photo-etch set and part which costs a lot or not? That is a lot of money, man.

This is the photo-etch set which costs USD32.95
(image taken from paragrafix.biz)