OK, this bog was a week late as I was (and also am) quite busy. I went t Pasar Road the other day and the guy a one ship confirmed that they have already started to sell Luxeon (copycats) LEDs. So, I am going to vey happy in a few months time. After asking his permission, I began to take photos of the LEDs on display (some might not be on sale).

One thing about Pasar Road is that there are a nlot of components which you can cheaply purchase for your own R&D projects (which are not Medical). But many flocked to Pasar Road because of one fact: Cheap components. However, many do not realise that the components sold thre are not often of good quality. Another problem is reliability. So, I can bet you that when you take stuff to repair, chances are, the repair guy would think of Pasar Road as the first place to search for the replacement part.

However, sometimes, there are genuine stuff which can be bought, usually for a bargain. But you must know what you are buying. But once your projects are successful, I would reccomend you to buy the actual stuff either at RS Catalogues in Shah Alam or Farnell in PJ (yeah, if you do no t want to go to Shah Alam). 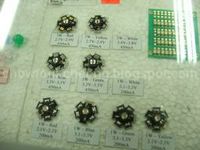 The Luxeon LEDs and a SMT LED array
For the price here, I could get almost three compared to the one I got from Farnell 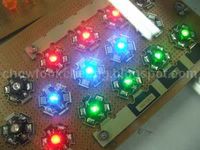 Here they are again, lighted up 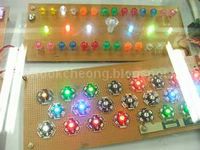 And some new LEDs with decorative lens 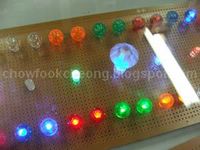 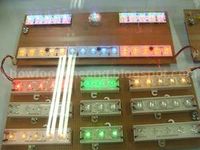 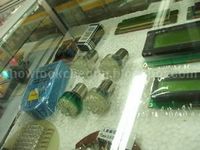 Some bulb replacement LEDs and LCDs