My friend, Kenny, informed that there was a new Tamiya shop in KL, 1-Utama, to be specific. So, this means ToyCity has lost the license to bring in Tamiya stuff. And Dai Sheng as well, methinks. Anyway, the shop is located at the new wing's car park in Basement 2. Yeah, you heard it right. Basement 2 Car park.

They were stills etting up some of the stuff while I was there. Some of the stuff I wanted for years (Dangun Racers and the airbrush set) were there. Although the prices were a bit steep, they were not much difference compared to the ones brought in by the previous agents. 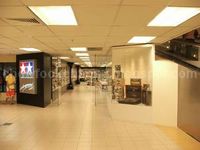 This is the entrance 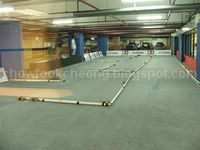 Playing RC cars in the car park
The real exhaust fumes are going to kill you
Date: Saturday, April 01, 2006

i hope u don't mind, i added your blog's URL to my blog. the link can be found at http://lifeis.socube.com

No problem, my friend.