Today is the last session for the Lighting Workshop for SFTPMS members, and it was still hosted by ICW (Infinite Creation Workshop). Due to the previous week's response where the thread being read spiked, I had to go there early in case someone else wants to join and get them up to speed before the session starts. However, before I can come out of the house, there are some chores to do since laundry has been piling up. but now, my Wife understands that I have this session, she said I should be going. But I still need to do what I can first.

There was a lot of things to be done and I was juggling between last minute checklists and doing the house chores. Yes, I could have done this packing earlier but for the past few days, I was really feeling under the weather. 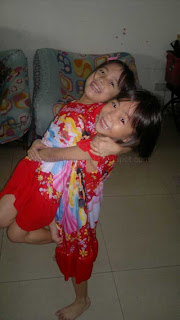 The girls were happy too because once
Mommy has finished her chores, they
are going to their cousin's house. 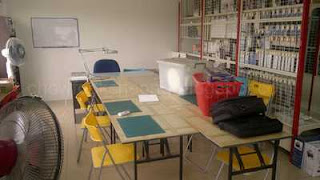 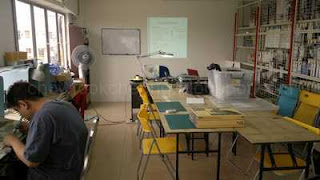 While I was setting up, he was also trying to catch up by doing some 'homework'. Which, was not possible because people kept coming to the shop. But I am happy for him because this means more business and more people would know about ICW. 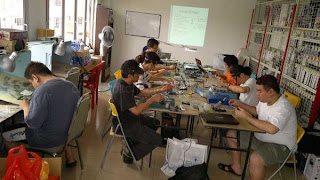 By 1400, the session started and this time, we went straight into practical as there was not enough time last week. All was fine until I discovered in my haste to design the circuit, the markings for the batteries were wrong. 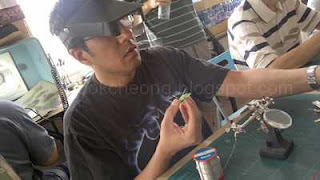 But this did not deter them from trying to complete the kit. Thanks to Loo and Alex, we realised that error and so, the session continued. This time, many participants have brought their own accessories which helps in soldering the boards and also to see better. 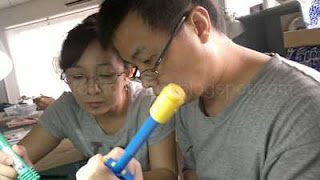 Then came the second problem where the 555 & 4017 boards were concerned. But we managed to trace the problem which was in the board's design (sorry, folks). But they were glad that it happened because now they know how to *ahem* 'rewire' and modify circuits. And they were happy about this. Weird. 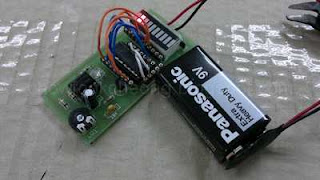 The problem lies in the pulse signal from the 555. It was too weak to give the 4017 a proper clock pulse. Finally, once I cut the track, not only does the rewiring solves the problem, but I get to demonstrate the characteristics of the chip when its clock pulse was 'floating'.


Alas, there was one error which I could not repair, which was the microprocessor board. It worked fine in simulation but when it comes to putting it on the board, it refused to work. This was my mistake as I did not prototype this design beforehand and assumed everything would be OK in the end. But then, with so much things to do before this session, everything was in a rush and by hoping to skip a few steps to save time, I get a red card instead. So, with nothing else, I decided to get some of the members to try soldering surface mount LEDs instead. 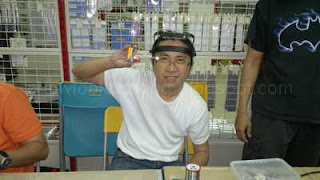 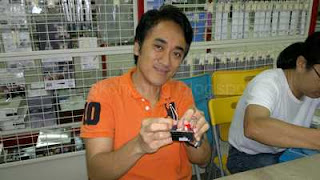 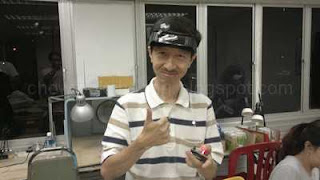 somac. Success!
(OK, he was afraid he burnt it as he was trying
to solder without using the double-sided tape)

Finally, as the session was drawing to a close, everyone was happy and I had to sell an additional pack too. Also, I explained to them that with the kits soldered, they can experiment further with it and also, modify it in the hopes of putting them into the model kits. Maybe I was a bit too sensitive but overhearing them talking, they are now not very afraid of going to Pasar Road and with the theory about surface mount LED wiring, I can see that their imagination has started....

Last but not least, I would like to thank SFTPMS and ICW for their help in making this a success. And also the gifts. *ahem* But if I were asked to do this session again, I seriously have to think it over since the costs involved is quite a tidy sum and I would have to re-design the two error boards again.