So, the flu is making its round and everyone I know is suffering from one. And so did Kristine, but hers cleared up after two days. Wow.

While everyone is sick, she is jumping about in the house and my hands were full. And everyone is trying to avoid babysitting her..........

See the river of booger slime from her nose?
And she is even willing to share it with you 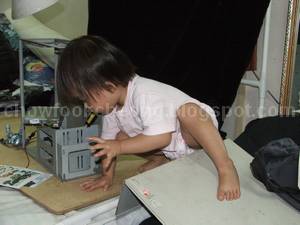 So, I took her into the spare room and she decided to
mess with my photo stuff and other junk 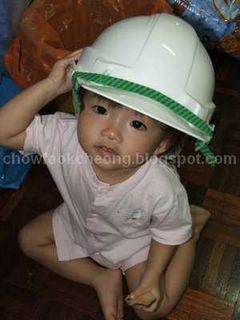 Then she tried my helmet 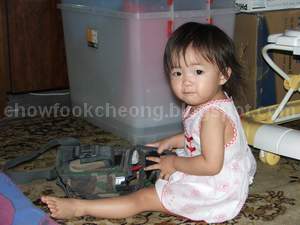 And later on, she rummaged my tools 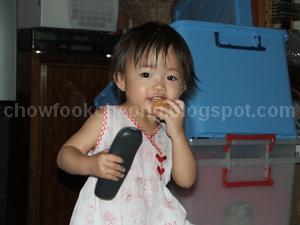 Until I stopped her with a juicy plum 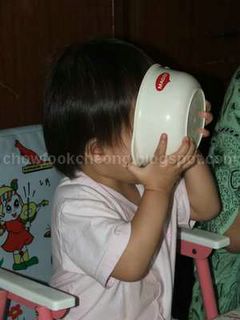 During dinner, she loves the hot herbal soup 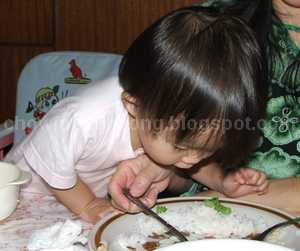 And when its finished, she wants Mommy's brocoli 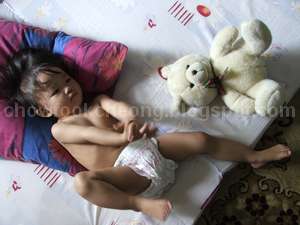 Well, this is Kristine after I chased her round and round
trying to get her into fresh clothes 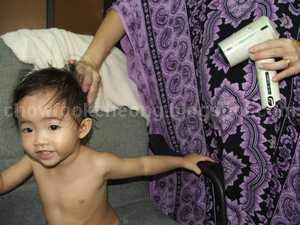 Well, it failed so we tried drying her hair instead 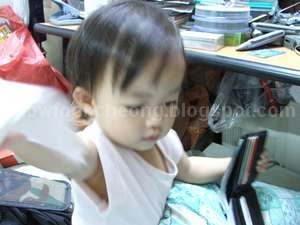 Later on, she rummaged my wallet